Skip to content
As an Amazon Associate we earn from qualifying purchases. Learn more 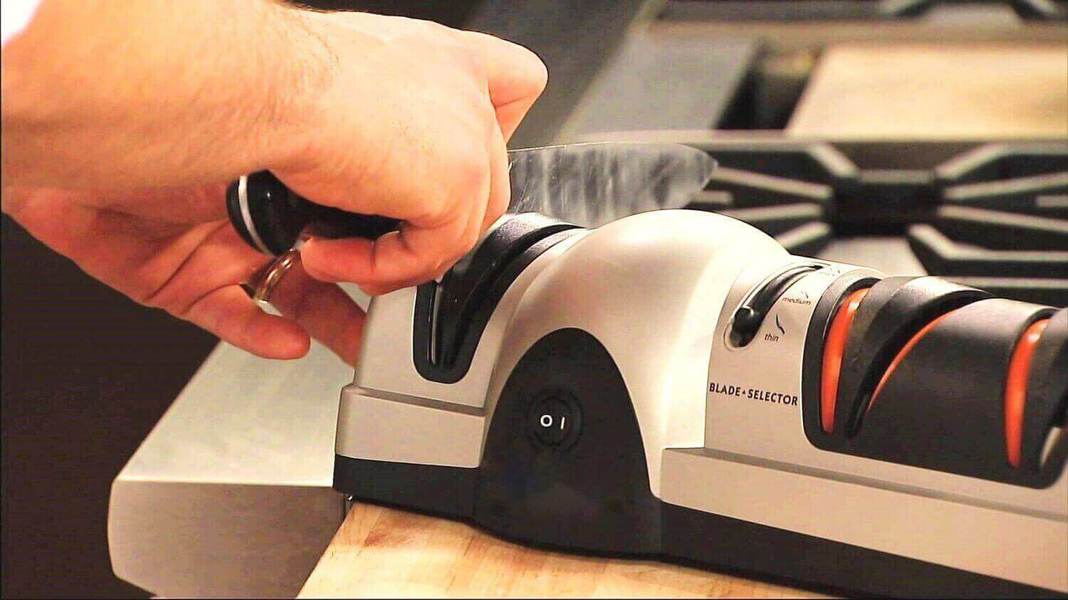 Knife, probably one of the most important tools for everyday cooking. But for safe cutting and slicing just need a super sharp knife which has a better edge. So for all kinds of cooking knives sharpening is very important. Many people don’t know how to sharpen a knife? Other people try to sharpen their knife on a whetstone sharpening stone.

Before Sharpening You Should Know Which Knife You Have?

Before your kitchen knife sharpening, you should know what kind of knife you’re using? Because if you have some different knives, so you should use an electric knife sharpener that actually made only for those particular knives.

Meat cutting knife: Actually this knife for cutting meat, grill, BBQ, brisket, and large fish. Because it has a very large blade between 8-12 inches with a Granton edge that ensures non-stick cutting and slicing.

How Do You Understand Your Cooking Knife Needs Sharpening?

Maybe you’re ready to sharpen your knife? But how do you understand your knife needs sharpening? With some common tests, you can test your knife sharpness. But it will better to say if you’re not a professional so never use your finger to see the sharpness. Use two common tests.

Use paper: The paper is one of the best materials for testing knife sharpness. First of all, you take a paper and fold it or you can use a single paper. And hold it up above, and use your knife down through the paper. If the paper cuts smoothly so you should understand your knife has proper sharpness.

Use a Tomato: It is another easiest way for testing knife sharpness. Simply take a tomato and try to slice it. But never give big force to slice. Because if your knife has proper sharpness, so it will cut smoothly. But if it’s not happening so that means your knife needs sharpening.

How To Use Electric Knife Sharpener? 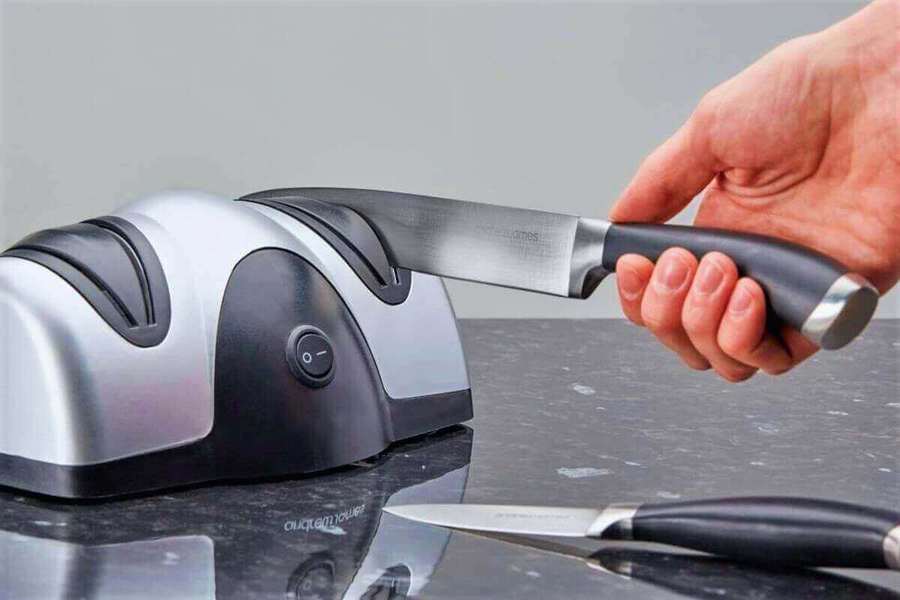 Already above I have talked about some knife that people use for regular cooking. And how you can understand your knife needs sharpening? However, now time to talk about how to use a reliable electric knife sharpener to make any knife wicked sharp?

The first stage: The first stage for removing the dull edge. Because this stage has special diamond abrasives which will remove the deep blunt edge. Even the first and second stage has a sharpening angle that will give your knife razor-sharp edge. But it will not ready for work. Because this is the first step for sharpening. But carefully you should sharpen the knife. Because electric knife sharpener is not an ideal choice for sharpening the serrated blade. It can handle only a straight edge.

The second & final stage: After using the first stage now time to sharpen your knife with the second and final stage. Especially this stage for polishing and finishing the edge. Simply hold your knife and pull on the stage. And slowly pull backward, but do not give big force on the blade.

Do the same thing for 5-6 times and then cut some paper or slice a tomato. If the knife cuts very smoothly so that means it reaches the right sharpness. But if you don’t think, so do the same process for the next 2 or 3 times. I hope this final sharpening process will make your knife wicked sharp.

Maybe now you know how to use a knife sharpener? Because it is not very difficult to use like other manual sharpeners. Maybe the electric sharpener is a little bit costly. But it will give you the very fastest and safest knife sharpening experience. If you’re a home chef and if you have a kitchen knife set? So that means you have a lot of different knives.

But surprisingly you can use an electric knife sharpener. And no need previous sharpening experience. If you just follow some common instruction so you can easily handle an electric sharpener. And finally, you’ll get a super sharp knife for your everyday use. 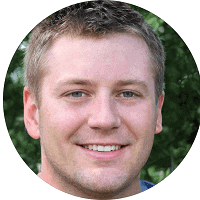 I’m a food and cooking enthusiast and I love testing new kitchen gadgets almost as much as I love eating new, different exciting foods. Most of the time I try to taste new recipes even sometimes I cook. But if I don’t then I go to my computer and start writing for my blog or research for other kitchen products manually. I believe the kitchen and food are an important part of our everyday life. That’s why I spend tons of time on it and learned a lot about it.